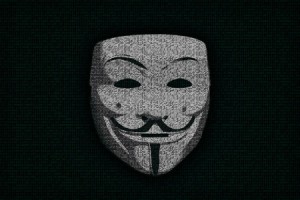 The largest hackers group in the world, Anonymous, released a video condemning the attacks on Charlie Hebdo in Paris, in which 12 people, including eight journalists, were murdered. The video, originally released in French, was uploaded to the group’s Belgian YouTube account and quickly went viral. In the video the Anonymous group declare war on Al-Qaeda, the Islamic State and other terrorists.

The group promises the world to track online activity, close social media accounts and jihadist websites of terrorists plus everything else in their power to shut terrorists down. Online, at least.

In the video, a figure wearing the group’s symbolic mask states that the press release targets “the enemies of freedom of expression”. The figure then declares war on terrorists on behalf of Anonymous of the entire planet. 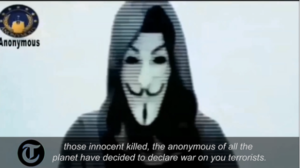 “You allowed yourselves to kill innocent people. We will therefore avenge their deaths. We will track all of your activities online. We will close your accounts on all social networks. You will not impose your sharia in our democracies.” 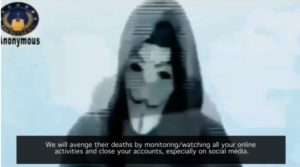 The group also released a statement posted on text-sharing website Pastebin: “we fight always and everywhere the enemies of freedom of expression … Freedom of expression and opinion is a non-negotiable thing. To tackle it is to attack democracy. Expect a massive frontal reaction from us because the struggle for the defense of those freedoms is the foundation of our movement.”

The group calls the operation OpCharlieHebdo, and designated a separate Twitter profile for the operation under which it posts messages with the hashtag #OpCharlieHebdo. At the time of posting, the group Tweeted that their attacks have started and that they took down a French jihadist website on Saturday. 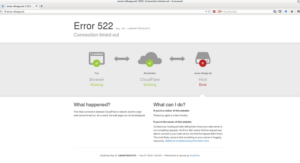 The hacker group hasn’t announced how they took down the website, but it is suspected that they did it with a Distributed Denial of Service (DDoS) attack. This common hacking method is an attempt to make an online service unavailable by overwhelming it with traffic from multiple sources at the same time, which overloads the website servers and takes it down. Anonymous is also urging supporters to “find terrorists twitter profiles and report them.”

Anonymous has previously carried out cyber attacks on websites belonging to the government, as well as those of corporate and religious organizations. They have been linked to online attacks around the world aimed at punishing governments for policies of which the hackers disapprove. Now, the largest hackers group in the world aims to go a step further by declaring (cyber)war on terrorists.

Hacking for a good cause

Hacktivist – which is hacking for an ideal cause, is not new. Also called white hat hacking, ethical hacking or legal hacking, it’s pretty common for businesses and government-related organizations that are serious about their network security to hire ethical hackers to help probe and improve their networks, applications, and other computer systems. The ultimate goal is to prevent data theft, data loss and fraud.

Terrorists may have created an unexpected enemy in Anonymous. Given their reputation and the skills they have shown the world so far, they can inflict substantial cyber-damage. Just how much? We will have to wait and see.
Have a great (malware-free) day!