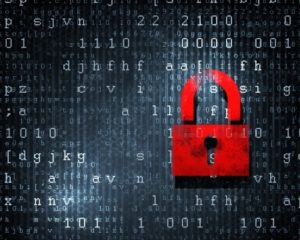 FREAK, which stands for Factoring RSA Export Keys, is a massive HTTPS security flaw that allows attackers to decrypt HTTPS-protected traffic when users are accessing secure websites on their Android/Apple devices. The scariest part is that this vulnerability has been present for over a decade and was only recently discovered by security experts.

This catastrophic vulnerability owes its existence to a former U.S. government policy that required weaker “export-grade” encryption to be sent to customers of other countries although a stronger encryption was available. The rule was repealed in the late 1990’s but by then the weak encryption had become widespread, and had even found its way back to the United States. This is yet another example of how government interference can lead to security loopholes that eventually turn out to be a security threat to everyone.

According to Christopher Soghoian, principal technologist for the ACLU:

“You cannot have a secure and an insecure mode at the same time… What we’ve seen is that those flaws will ultimately impact all users.”

It is clear that attempts by government agencies to “create windows in order to peek through the walls of security” (spying) often end up having several unintended consequences which are almost always undesirable.

What makes security experts “freak” out

The FREAK vulnerability exists due to the use of weak 512-bit encryption keys. Such keys were first broken in 1999 and today, the resources required to do so can be obtained for less than US$100. This makes it a practical and viable option for targeted attacks. Cybercriminals could exploit this vulnerability and force browsers to use weaker encryption, which they could crack in a matter of hours. A broader attack on a website itself would also be possible that would allow hackers to take over the different elements of a particular webpage.
What is more shocking? The list of affected websites. It seems several major websites are affected including twitterfeed.com, AmericanExpress.com and even government websites like NSA.gov and FBI.gov. This could potentially lead to important financial and sensitive data being stolen.

The problem was summarized by Matthew Green, cryptographer and researcher:

“It turns out that some modern TLS clients — including Apple’s SecureTransport and OpenSSL — have a bug in them. This bug causes them to accept RSA export-grade keys even when the client didn’t ask for export-grade RSA. The impact of this bug can be quite nasty: it admits a ‘man in the middle’ attack whereby an active attacker can force down the quality of a connection, provided that the client is vulnerable and the server supports export RSA.”

As stated by ExtremeTech:

“Crack the 512-bit key, and you’ve got a perfect man-in-the-middle scenario.”

The FREAK vulnerability could easily lead to the well known man-in-the-middle scenario which was the problem with Superfish and PrivDog. This vulnerability is on a much larger scale though and could easily have a much greater impact.

The vulnerability was exposed by a research team from organizations including INRIA Paris-Rocquencourt and Microsoft and was officially given the index- CVE-2015-0204. Both Apple and Google have promised fixes. Apple revealed their plans to introduce a security patch for iOS and OSX next week while Google claimed that they have already handed out patches to their partners. At the moment though several browsers including Chrome on Android phones (not desktop) and Internet Explorer 11 remain vulnerable. A decade is definitely a long time to wait for a patch, but even though this issue was discovered long after it is creation, you could always say “better late than never”. If you use an Android phone, make sure to use mobile security program such as Emsisoft Mobile Security.