Independent antivirus testing organization AV-Comparatives assessed the overall impact of 20 security software products on a PC’s overall system performance. Result: Emsisoft Anti-Malware version 10 scored second best out of all tested products, confirming that our efforts to increase overall speed with the release of version 10 paid off – to say the least. Emsisoft earned another Advanced+ award for these results. Read the whole report. 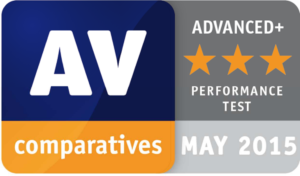 After giving each product points for each individual test, AV-Comparatives then used the PC Mark 8 benchmark and repeated the test several times in order to provide an industry-recognized performance test. This led to an overall system impact score for each product, with the lower the score, the better. 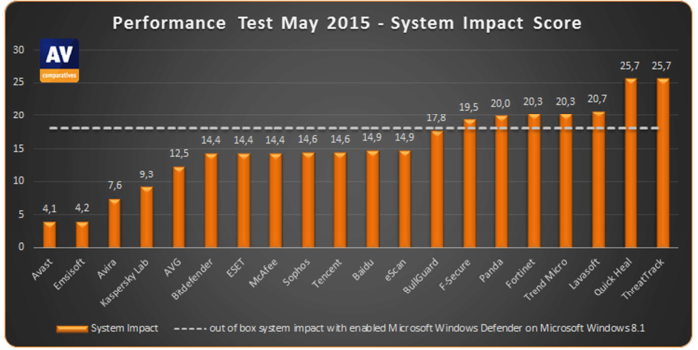 As you can see, Emsisoft received a system impact score of 4.2, leaving 18 other vendors behind.

Other than saving a user valuable time, speed of a product is an important factor because it can potentially put users at risk. If a product takes up too many system resources, users get annoyed and may disable or uninstall certain essential protective features. Therefore, it’s important that anti-virus software provide high detection rates and good protection against malware, but also that it does not degrade performance or trouble users. Emsisoft Anti-Malware version 10 may offer the best of both worlds.

You may remember that AV-Comparatives awarded us with a “Top Product of 2014” award last year, because of our high overall standard in public malware detection tests throughout the year. Only 6 other vendors out of the 23 received this award last year and Emsisoft Anti-Malware had the smallest number of compromised systems across all real-world protection tests (6363 test cases) conducted in 2014.
Given the fact that we consistently rank as one of the highest in AV-Comparatives detection and protection tests, and the fact that we now also score extremely high in this overall performance test, we can proudly say that we may offer the best speed/detection ratio across the board.