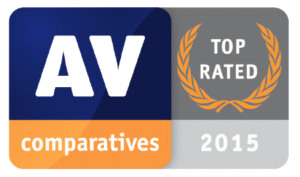 It’s official – if you want an anti-malware solution that is simple to install and doesn’t grind your computer to a halt, we have the security product for you. For the second year in a row, we have been awarded “Top Rated Product” status list by AV-Comparatives, an independent test lab that undertakes rigorous testing of security software products.

AV-Comparatives has just released its summary report for 2015, titled “Anti-Virus Comparative Summary Report 2015”, in which it announced the annual awards: “Emsisoft is a Top Rated Product this year, with four Advanced+ awards. It wins Bronze Awards for File Detection and Performance.” 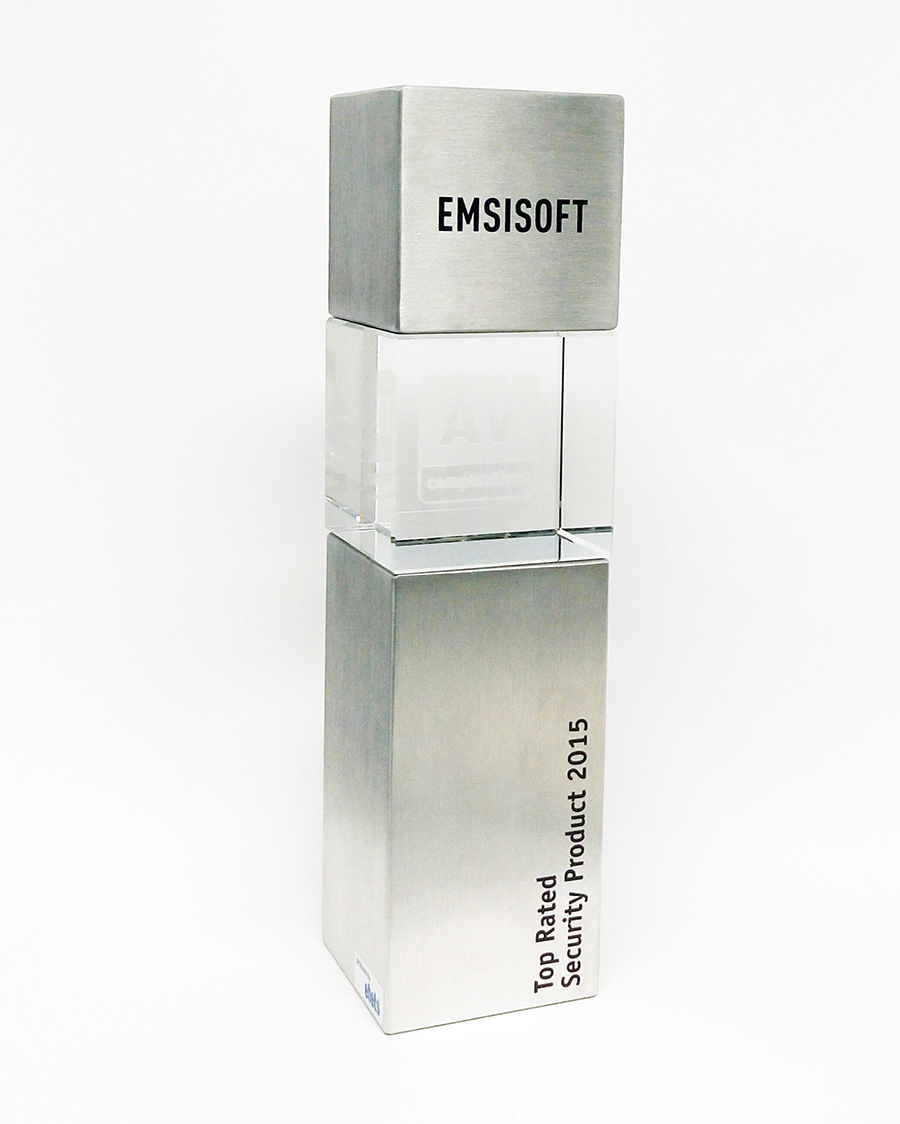 The report goes on to say, “The program’s modern interface makes all important functions and information easily accessible from the home page. We also like the information and explanations provided by the setup wizard, such as the illustration of PUAs and advice on updating/scanning/checking real-time protection, and feel these would be very helpful to non-expert users.”

Emsisoft qualified for “Top Rated Product” status by achieving more than 90 points throughout the year, including an award in the lab’s Real World Protections tests, making us one of only six vendors to receive this accolade among the pool of 21 vendors.

We qualified for the Bronze Award for File Detection because our anti-malware product achieved an Advanced+ in at least one of the two tests and scored over 99.5% both times.

The File Detection test evaluates the static file scanning engine component, which is one subset of the protection features provided by security products. AV-Comparatives notes that a high detection rate of malware, without causing too many false alarms, is “one of the most important, deterministic and reliable features of an anti-virus product”.

The “Anti-Virus Comparative Summary Report 2015”, which looks at all the comparative tests of 2015, not just the latest ones, is based on the results shown in the various comparative tests conducted throughout the year, as well as from observations made during the tests.

In 2015, the four Advanced+ (three star) awards that Emsisoft earned include:

“Advanced+ is the highest rating issued by AV-Comparatives to the best performing, top tier security products,” says our company founder and CEO Christian Mairoll. “It’s the second year running we’ve made the Top Rated Product list and we’re delighted to be recognized for consistently producing a great anti-malware product.

“We’re really pleased to be ranked among the six who made the Top Rated list, along with Avast, AVIRA, Bitdefender, eScan and ESET, given we are one of the smallest vendors in the pool of 21.”