As announced earlier, we are changing our firewall strategy and will soon merge Emsisoft Internet Security with Emsisoft Anti-Malware, effective as of our next release in October. Instead of developing our own firewall module, we’re going to rely on the built-in Windows Firewall core that has proven to be powerful and reliable. Its only weak point is the fact that anyone can freely change the firewall configuration. In other words, if malware manages to run on the PC with sufficient administrator permissions, it’s able to allow itself to get through the firewall. 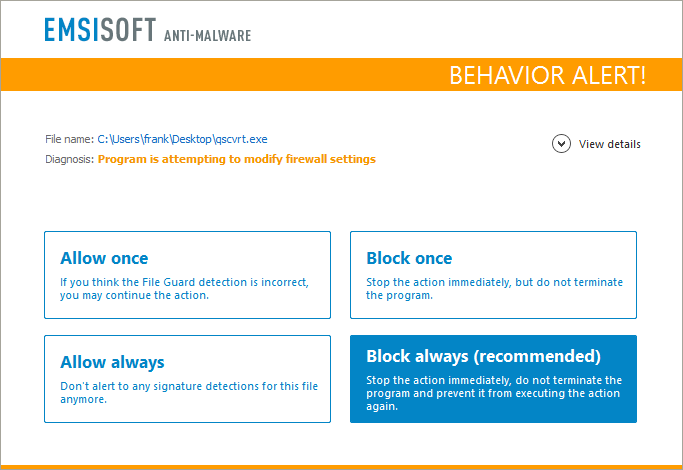 All 2017.8 improvements in a nutshell

As always, so long as you have auto-updates enabled in the software, you will receive the latest version automatically during your regularly scheduled updates, which are hourly by default. New users please download the full installer from our product pages.

Have a great, well-protected day!