Three years ago today, No More Ransom was launched. Designed to combat the growing ransomware threat, No More Ransom has helped hundreds of thousands of ransomware victims since its inception and prevented millions of dollars from falling into the hands of cybercriminals.

Read on to learn more about No More Ransom and the role it plays in the ransomware epidemic.

What is No More Ransom?

No More Ransom is an anti-ransomware portal that hosts a number of free decryption tools and educates users about preventing infections. It was first launched in 2016 as a joint initiative between the National High Tech Crime Unit of the Netherlands’ police, Europol’s European Cybercrime Centre and McAfee.

“No More Ransom brings hope to the victims, a real window of opportunity, but also delivers a clear message to the criminals: the international community stands together with a common goal, operational successes are and will continue to bring the offenders to justice,” explained Steven Wilson, Head of Europol’s European Cybercrime Centre (EC3), in a press release.

Emsisoft proud contributors to the No More Ransom project

Emsisoft is at the forefront of the battle against ransomware and is proud to be an active contributor to the No More Ransom project – in fact, Emsisoft has made 32 of the 82 decryptions available on the No More Ransom portal. In total, the decryptors have helped more than 200,000 ransomware victims recover their files for free and prevented cybercriminals from making more than $108 million in extortion money. These figures are based on confirmed decryptions and may be different to download-based statistics we’ve referred to in the past.

Today, the tools available on No More Ransom can decrypt 109 different types of ransomware infections, with 14 new tools already added in 2019. The portal is available in 26 languages and has been accessed by 188 countries around the world.

From all of us here at Emsisoft, we’d like to say happy anniversary to the No More Ransom team and salute them for their efforts in the ongoing battle against ransomware.

Before you go, check out this infographic by No More Ransom and Europol/EC3 (yes, we’re proud to be a top decryption tools contributor to No More Ransom!): 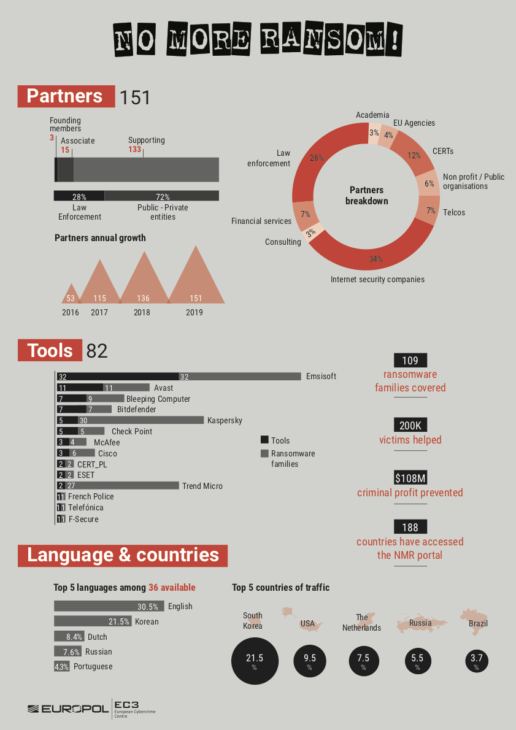 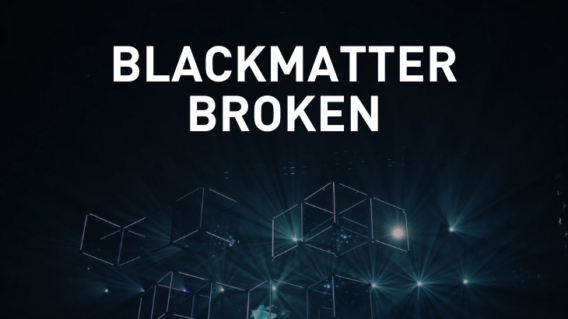