From the chapter ‘When history catches up with you’: Almost 15 years ago, we introduced a new protection layer in Emsisoft Anti-Malware that monitors Internet activity. At that time, the terminology ‘surfing the Internet‘ was quite common. Even more so in the German-speaking corner of the world where Emsisoft has its roots. So the logical choice for us back then was to call that feature ‘Surf Protection.’

Over the past decade, however, ‘Internet surfing’ fell out of favor with most people — and is now considered an odd relic from the early days of the Internet. Additionally, the feature has progressed from being a simple DNS-based host blocker to a fully-featured protection layer. It now includes web activity monitoring on multiple technological levels across many programs (not just web browsers). 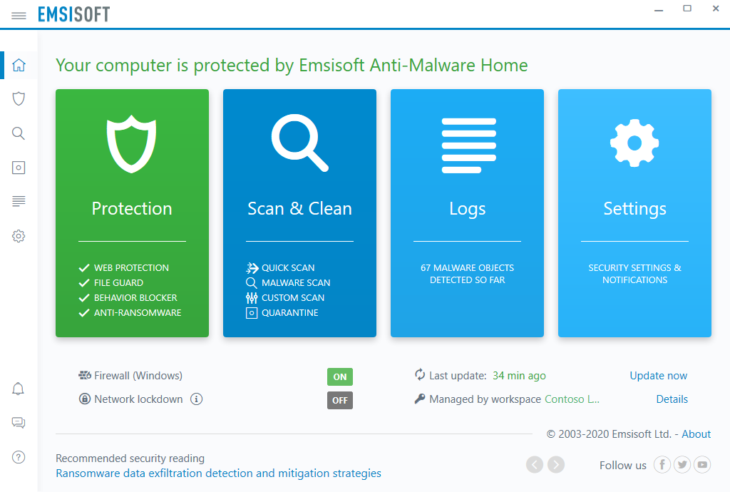 All 2020.2 improvements in a nutshell