In December 2021, we took part in the VB100, a certification test designed to evaluate the detection capabilities of endpoint security products. The tests were conducted by Virus Bulletin, a well-known independent certification body that has been testing, reviewing and benchmarking security solutions for more than 20 years.

The results of the tests have just been announced and we’re delighted to report that Emsisoft Anti-Malware once again achieved certification!

The tests were performed on physical computers or virtual machines with specifications similar to those you would expect to find in an ordinary business environment. Each security product was installed on a clean instance of Windows and configured with default settings.

The products were then exposed to hundreds of malicious samples collected by malware experts and research groups, as well as a set of 100,000 non-malicious, regularly updated samples taken from popular software downloads. No malicious or clean samples were executed during the tests.

To be awarded VB100 certification, a security product must achieve the following:

Emsisoft Anti-Malware flew through the tests, detecting 100 percent of the 1,004 malicious samples while generating zero false positives, and was subsequently awarded the VB100! 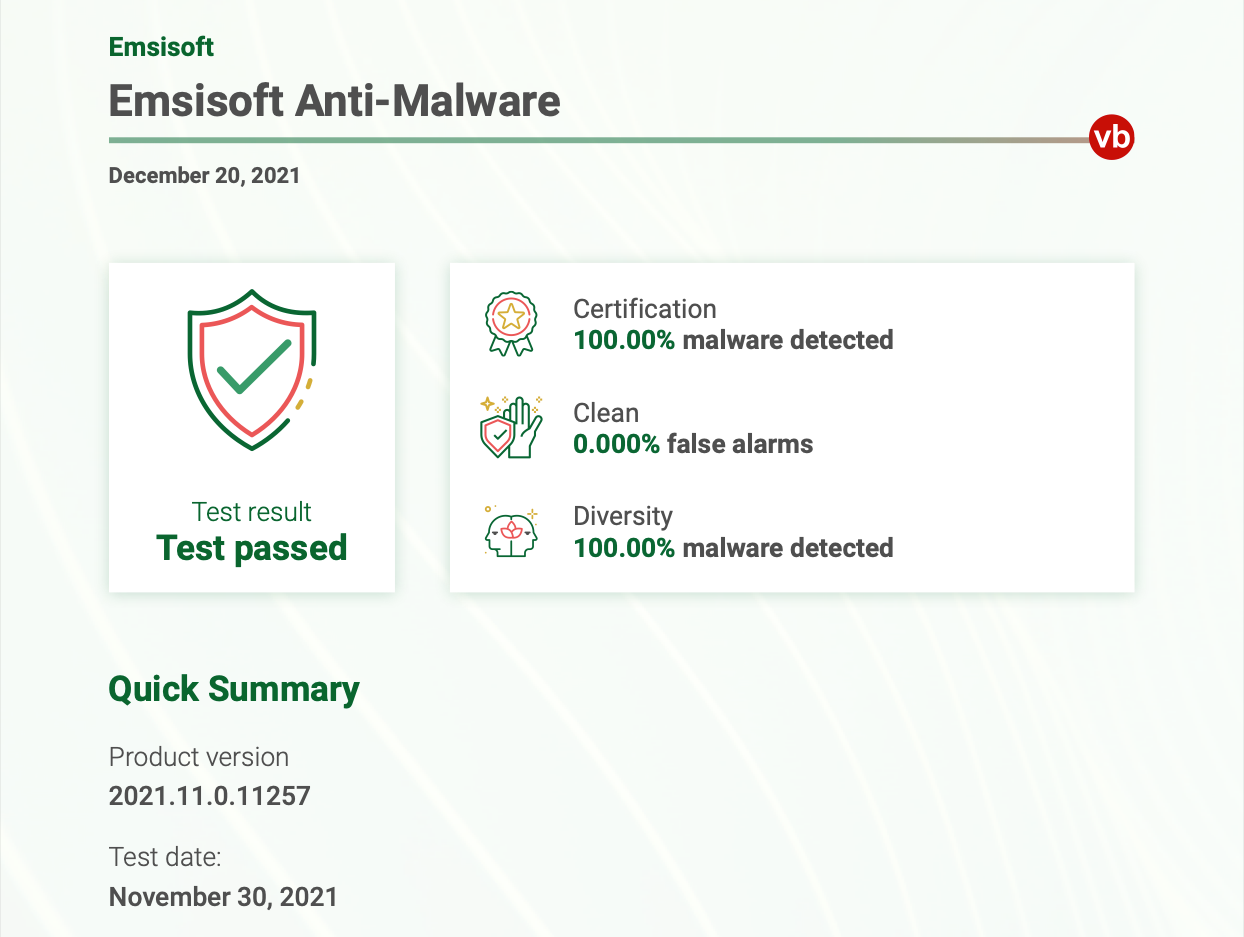 Headquartered in the U.K., Virus Bulletin is an independent security information portal and certification body. The organization regularly performs tests designed to evaluate the protection capabilities of security products and help users make a more informed decision about their choice of antivirus software. A product that has earned a VB100 can be considered to have met a certain standard of quality in regards to malware detection. 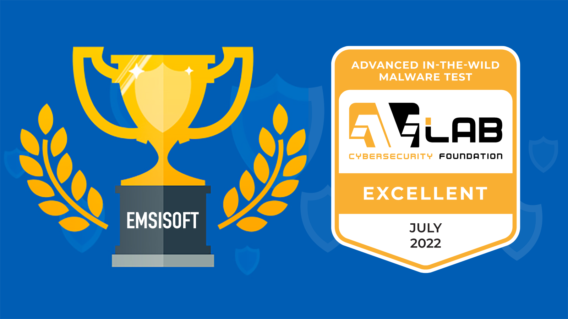 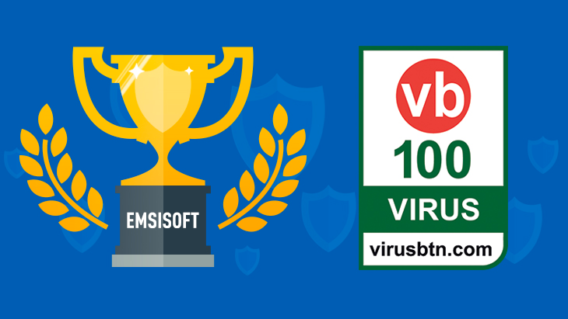 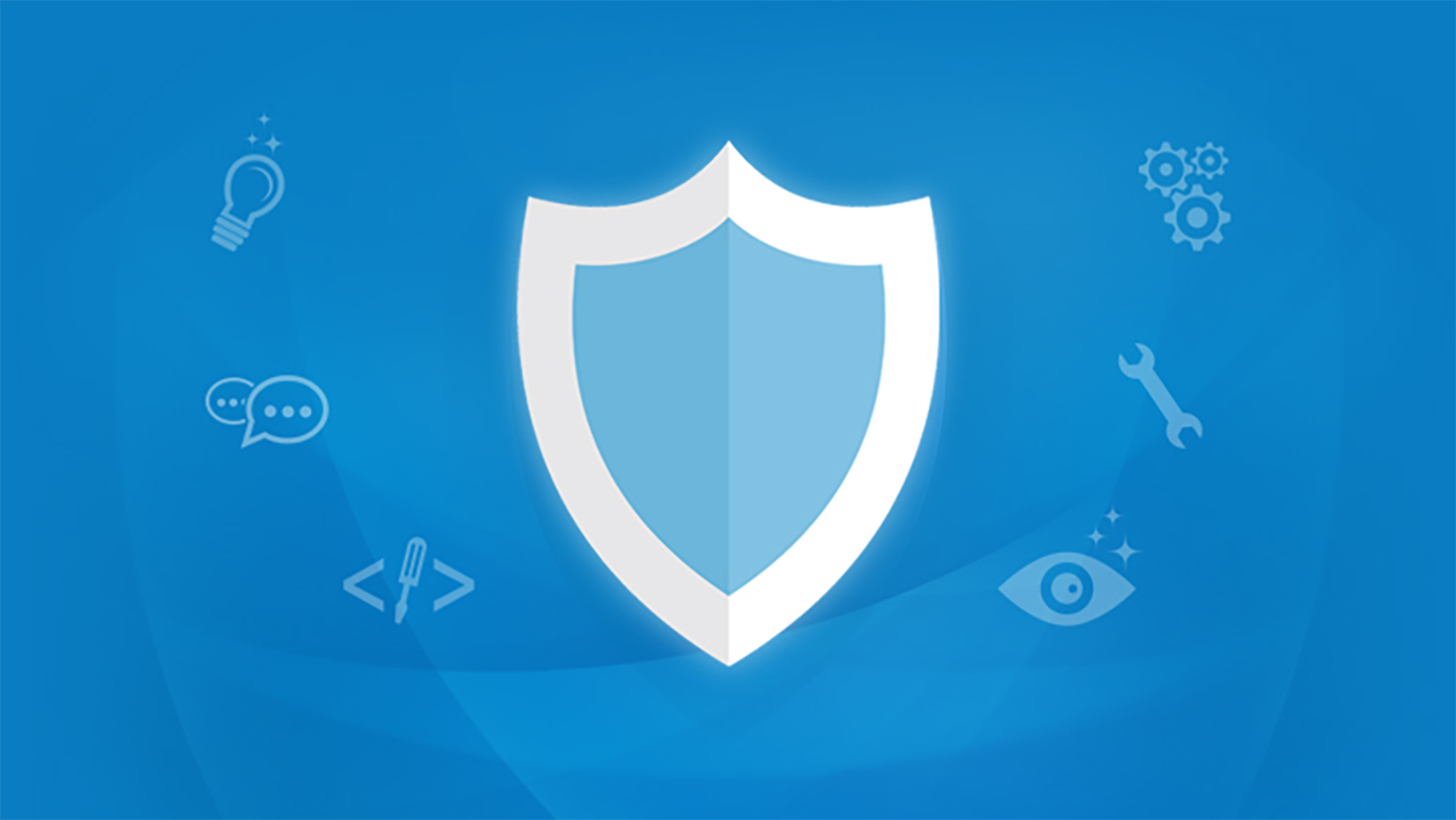