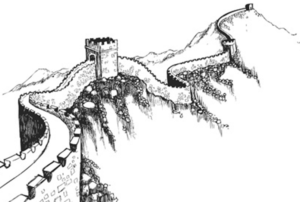 After yesterday’s media frenzy about the United States indicting 5 Chinese PLA officers of cyber espionage, you’d expect an equally dramatic response from China. Today the headlines read that China is banning the Windows 8 operating system on all government computers. Dramatic enough for you? Well, hold on just a sec.

The initial source document that spawned today’s headlines was actually published on May 16th, a full 3 days before the United States published its landmark indictment. This document only extended the ban to Chinese government machines that are to be part of a new “energy efficient” initiative. Pre-U.S. indictment, this document was not even newsworthy; but, today it has been repeatedly cited as evidence of Chinese rebuke.

Were there no further statements about this specific Windows 8 ban…well, it might not have even reached the editing room. As it turns out, however, there was – and it came from no less than China’s state-sponsored media body, Xinhua News. This statement was published on May 20th, and it reads, quite clearly, and in reference to the initial source document, that “all desktops, laptops and tablet PCs to be purchased by central state organs must be installed with OS other than Windows 8.”

That same report indicates that the Windows 8 ban is being adopted as a future national security measure, citing Microsoft’s recent end of support for Windows XP – an operating system the report claims has a 70% market share in China – as the ban’s primary motivation.

It would seem, then, that this is not a direct response to Monday’s indictment…but, boy, talk about timing ;)

China’s official response to the indictment

For China’s official response to the U.S. accusation of cyber espionage, one need look no further than…well, once again Xinhua News. Not very surprisingly at all, this statement denies all charges as “groundless accusations.” It also goes quite a bit further, and accuses the U.S. of a number of cyber crimes committed against China.

Xinhua writes that from March 19 to May 18, the National Computer Network Emergency Response Technical Team Coordination Center of China found:

The report does not, however, specify whether these attacks were instigated by the U.S. government or by U.S. citizens.

More than a war of words

Although many within the computer security industry, as well as everyday net citizens, have already brushed aside this week’s U.S.-China shouting match as yet just another iteration of the superpowers’ tense relationship and ongoing war of words, the Chinese ban of Windows 8 will indeed have global computer security implications. If Xinhua’s claim that roughly 70% of Chinese computers run on Windows XP is even close to true, that means that a lot of Chinese computers, be they owned by the government or not, are insecure. Furthermore, if the Chinese government won’t switch to Windows 8, that means they’ll either be switching to Windows 7 or a non-Microsoft – i.e., non-U.S. manufactured – operating system. As it stands now, the ban does not extend to Chinese citizens, but one can assume that it might exert influence on the average Chinese citizen’s decision making process when upgrading their PC.

What this will all mean for malware is that, at the very least, a significant percentage of the world’s population might be shifting its OS of choice (Chinese population = 1.4 billion, or 19% of world population) to something other than Windows. For malware authors, this could perhaps disincentivize the long standing practice of authoring variants that run strictly on Windows PCs. That more of the world’s population currently owns a smartphone than does a personal computer might also supplement this trend.

…So does China’s rebuke of Windows 8 and U.S. cyber spying allegations mean that it just got a little bit safer for the rest of us to view our favorite Youtube videos and Vines from the desktop comfort of our Windows based PC?

Let’s hope so, because it would be nice to get at least a little something out of all this drama from the talking heads.

To a Malware-Free Future…and Beyond!