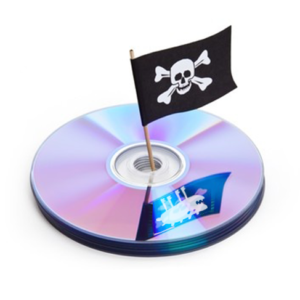 Reports indicate that the infected torrent was advertised as a SKIDROW crack – SKIDROW being a warez group known for cracking Ubisoft’s digital rights management protection. As Ubisoft is the actual publisher of Watch Dogs and as the torrent was released prior to the official Watch Dogs release date, the pirated copy proved massively popular. In fact, at one point the illegal copy of the game had a reported 40,000 active torrent users.

Unfortunately, this copy also came bundled with a Bitcoin mining malware designed to utilize the high performance computing resources of gaming PCs. Not long after distribution, commentary began to circulate gaming forums stating that the downloaded copy was causing many computers to freeze. Soon enough, a malicious application called winlogin.exe – not to be confused with winlogon.exe – was identified as the cause. Winlogin.exe was found to be using up to 25% of an infected computer’s resources, in conjunction with a Bitcoin miner called itc.exe.

These applications are designed to take over a PC’s computing power, to earn cryptocurrency for their master. When thousands of PCs are infected at once, they are all implicated in a “Bitcoin mining botnet,” the combined computing power of which can turn a profit by “mining” new Bitcoins. For more on this process, see our Security Knowledge article, Attack on Bitcoins.

Gamers anticipating the upcoming release of a brand new title that has received a good deal of hype for the last two years are prime targets for a Trojan download. What is more is that gaming PCs are considerably more powerful than regular ones, which makes them perfect Bitcoin zombies. On top of this, many torrent users do not run an anti-malware when downloading, to avoid detecting false positives. And on top of that, many gamers don’t use an anti-malware at all, because many anti-malware products waste computing power and slow down the gaming experience.

All of this makes for a perfect malware target, and though reports indicate that the malicious SKIDROW Watch Dogs release has been removed from most torrent websites, this is a scenario likely, if not guaranteed, to occur again with another popular title.

To avoid becoming a target from attacks of this nature, you should take care to ensure that you and those using your computer are not downloading illegal software of any kind. In reality, a Bitcoin miner is relatively harmless compared to what could come bundled with your latest torrent download – i.e., file-locking ransomware such as CryptoDefense.

Additionally, if your computer is used for gaming, consider running a lightweight anti-malware, like Emsisoft Anti-Malware. Our product is specifically designed to use as few computing resources as possible while still providing the most comprehensive protection.